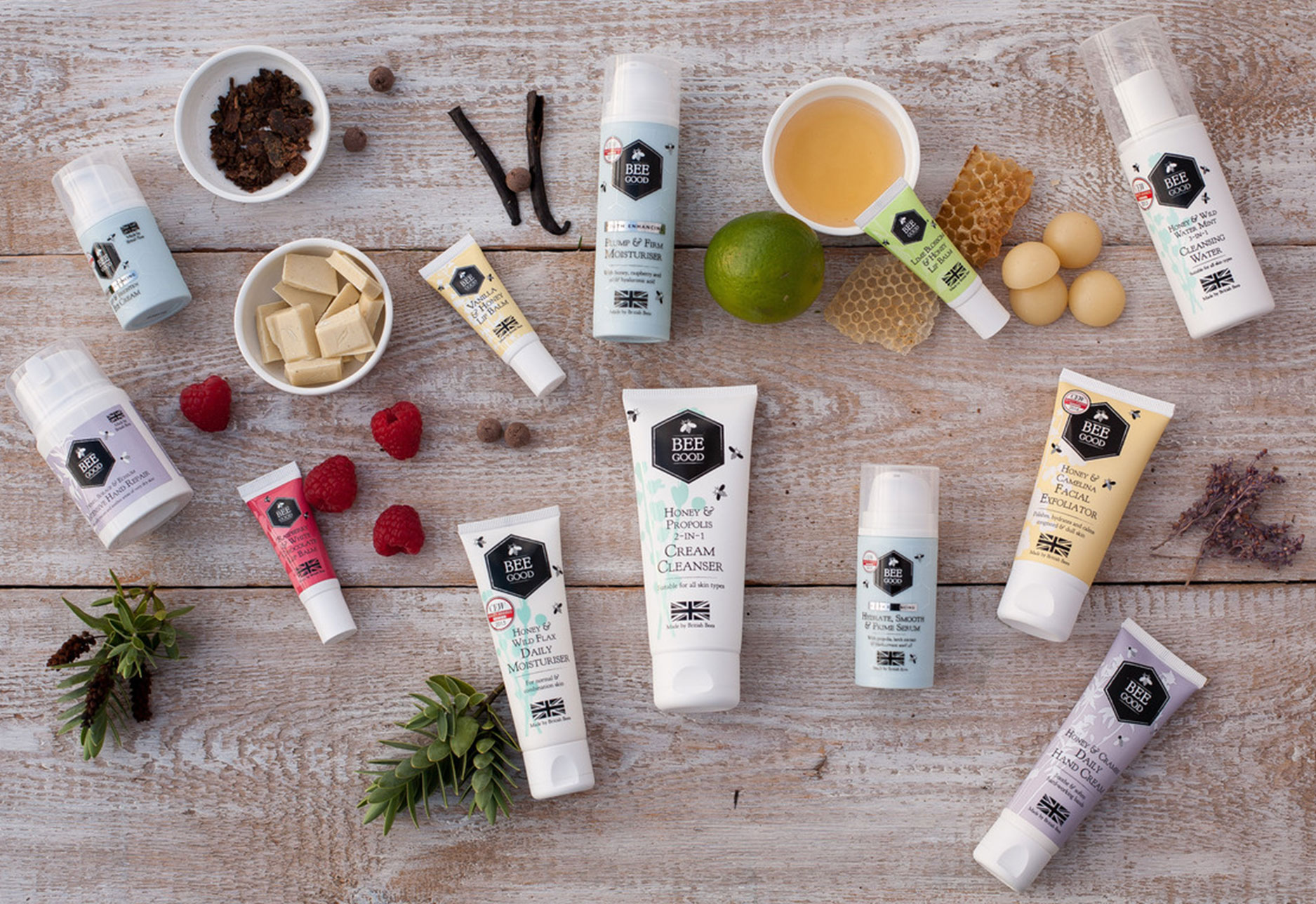 What's in a name?

When your values are expressed precisely through your company’s name, there’s a lot for a brand to live up to. Bee Good, creator of natural cosmetic products based on honey, is a case in point.

“Of course our name has a double meaning”, says founder-director Simon Cavill. “Not only does the product have to be of good quality, but the business has to ‘be good’ in the sense of operating ethically, caring for the environment and the bees it harvests from.

“Not only does the product have to be of good quality, but the business has to ‘be good’ in the sense of operating ethically, caring for the environment and the bees it harvests from.”

“What the name says encapsulates our values. So rather than trying to be ‘disruptive’ as we grow, we need to make sure we are true to our values to meet the expectations of our family audience which wants ethical products.”

Cavill is also a long-time beekeeper who is active in the British Beekeepers’ Association and is studying to become a Master Beekeeper. “It has an impact on my approach to business because I am tied into the natural cycles of nature and it makes me much more conscious of the wider environment” 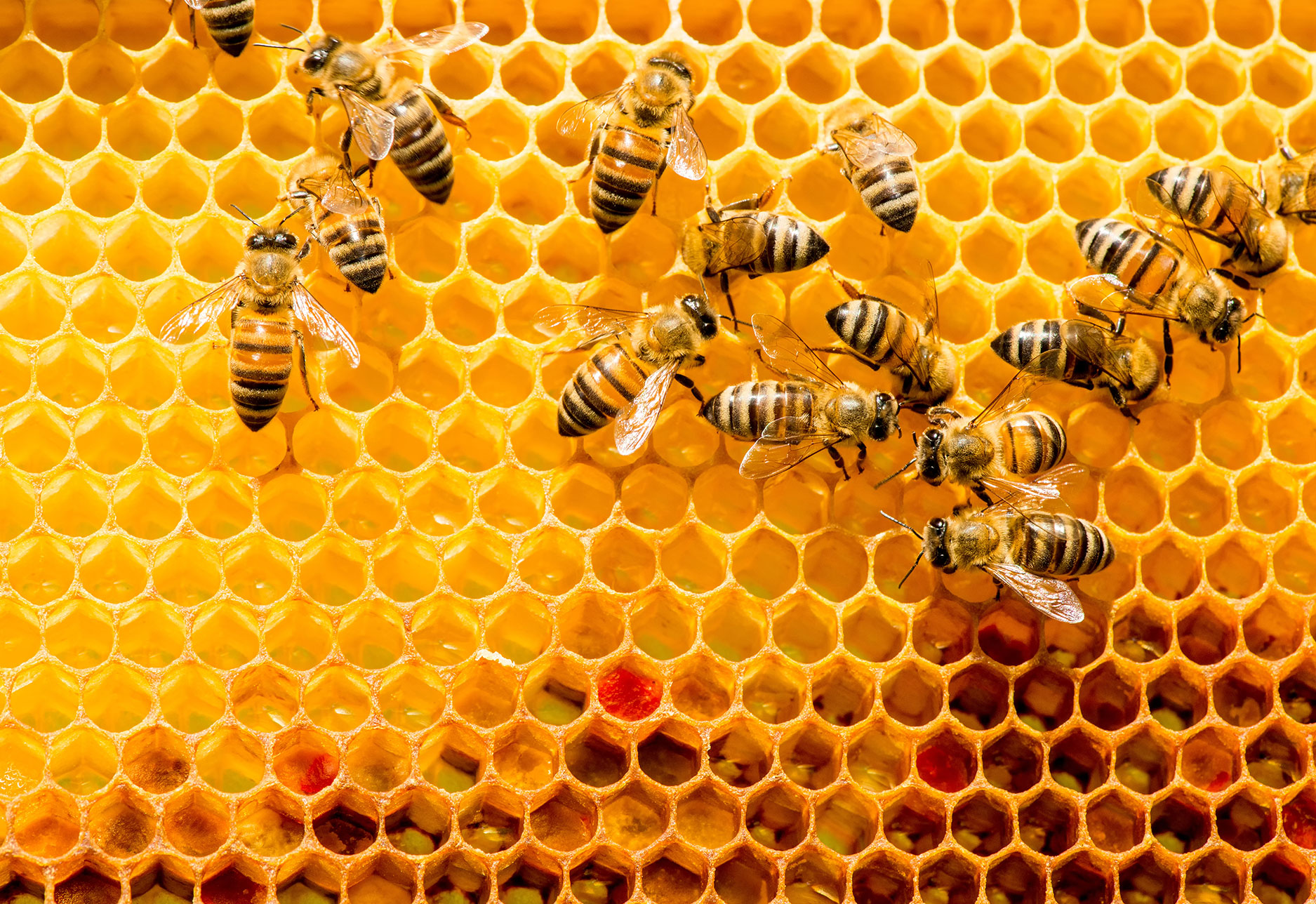 Bee Good aim to meet the Cosmos standards used in the certification of organic and natural cosmetics products in Europe. They can’t claim to be organic since bees range so widely that they may well feed on non-organic plants – though Cavill says analysis shows the percentage of pesticide residue to be “tiny.”

The products do not contain synthetic colours and fragrances, mineral oil, silicone, parabens, the other usual suspects or genetically engineered ingredients; nor are they tested on animals.

And the beeswax, propolis (the compound produced by bees thought to fight infections) and honey are harvested in a way that does not harm the bees. The company doesn’t touch royal jelly, for example, as harvesting this leads to the death of bees and their larvae. It’s different in the US, says Cavill. “They keep vast numbers of bees in large industrial units and then ship them in trucks all over the country to pollinate specific crops at different times, so the bees don’t get access to a healthy variety of flowers to feed on. There have also been counterfeiting scandals where corn syrup mixed with a bit of pollen has been sold as honey.”

“But we want to encourage people to learn about other types of bee, the ones that are dying out or declining; the wild bees, bumblebees and solitary bees.”

All this results in the Bee Good brand taking an educational role through social media, blogs and magazine articles. “Honeybees are the poster child of the insect world,” says Cavill. “But we want to encourage people to learn about other types of bee, the ones that are dying out or declining; the wild bees, bumblebees and solitary bees.” 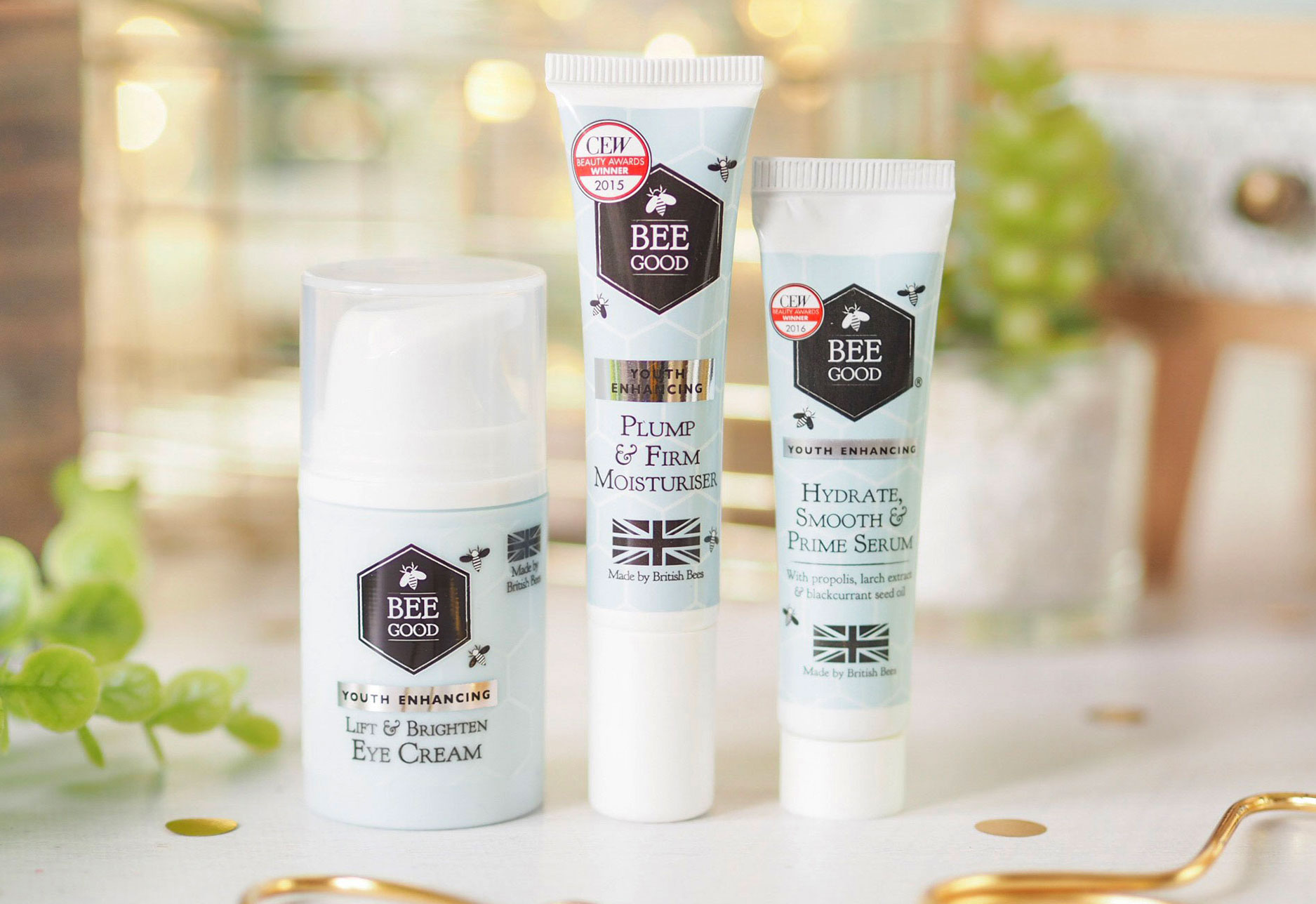 Bee Good was founded in 2008 by Cavill and his wife, Caroline. He had been keeping bees for years as a hobby, often bartering his honey in return for anything from gardening services to bike maintenance, when she suggested making natural skincare products from the excess propolis and beeswax.

The first products were a lip balm and a hand cream, made in the kitchen using centuries-old recipes. The products sold well at local farmers’ markets, school fetes and community events and won awards at a local show over five consecutive years. That positive feedback – and repeat orders – convinced them the product had wider commercial potential, and as Cavill says: “By about 2013, our children had got fed up with working every weekend helping us at fetes and farmers’ markets so we got to the point where we were either going to do it properly or stop doing it,” he explains.

They decided to do it properly, hiring a small team of people who had industry knowledge and a similar interest in natural skincare. At the time, Cavill regarded Bee Good as his retirement ‘project’. Having previously started up and sold three technology companies, he was used to running businesses but he says this one is completely different, for various reasons.

“This was my first business-to-consumer business. High-tech companies are about blokes selling to blokes but now I was dealing with a family audience and I had to constantly think about a consumer I didn’t – and still might never – fully understand,” he explains.

“The focus is on a longer term business that also helps the British beekeeping industry as a whole to survive.”

Also different was the plan for the business. “The idea with the tech start-ups was to build them and sell them after four years but this is completely the opposite,” says Cavill. “The focus is on a longer term business that also helps the British beekeeping industry as a whole to survive.” 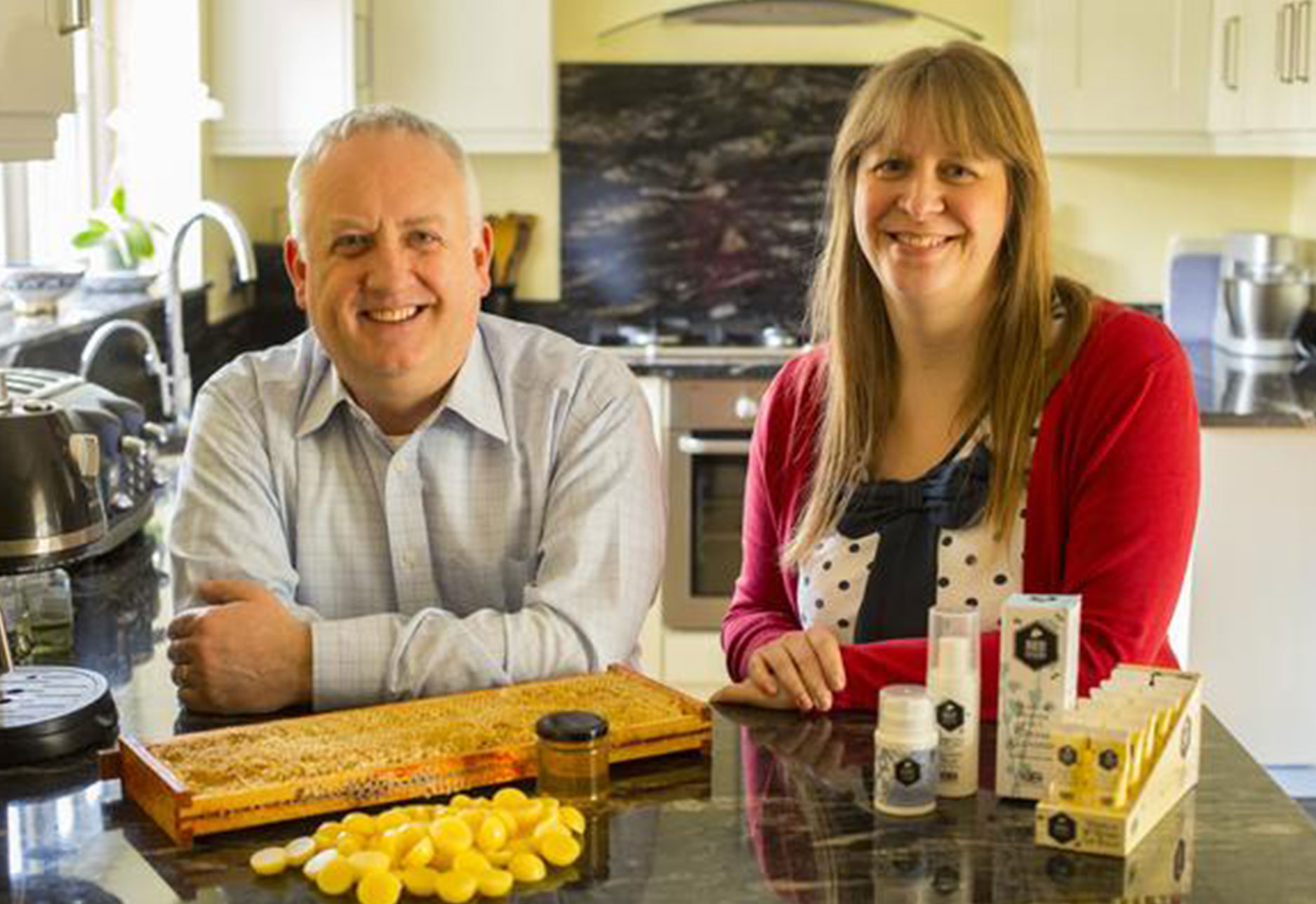 The target market has traditionally been women in their thirties with children, but he says there is also demand from older women, who see the product as a way to resolve menopausal skin changes. There’s also demand from teenagers, who like the product for its environmental credentials. “This younger market is much more educated about ingredients and they are very much communicators,” observes Cavill. “They tell their friends about this on social media, and that’s another reason why a brand has to be distinctive and based on values, especially in a crowded marketplace.”

That said, he is not keen on the so-called social influencers; though some brands have been able to benefit from them, he believes much of what is written to be essentially fake and that consumers aren’t going to be so readily influenced by them.

“Consumers are going back to their old habits of asking sources they really trust, those who have real knowledge.”

“Today’s customers talk to each other to come up with a purchasing decision rather than just trusting what they see on social media,” he suggests. “Consumers are going back to their old habits of asking sources they really trust, those who have real knowledge.”

Bee Good also sell online with consumers all over the world, and the company has registered trademarks in China in preparation for selling there. “We have contacts in the US, though it would be difficult to make enough product to supply that additional huge market in sufficient quantity,” says Cavill.

Contacts at Waitrose, where Bee Good has been stocked since 2014, have got them into the Middle East, while the products are also selling through Amazon. Although the average spend by Amazon customers is only about half the average basket value (£30) of visitors to Bee Good’s website, being there clearly helps the brand reach a wider audience. Cavill says Amazon stocks Bee Good products in its overseas warehouses, as holding stocks locally means it can offer next day delivery in Europe through their Prime service.

The Amazon relationship has also opened the door to talking to distributors in Europe, though with Brexit, Bee Good have had to arrange for additional testing and certification in Ireland so that the product can still demonstrate it conforms to EU standards.

Cavill owns only 25% of the shares, having raised investment through family, friends and business connections. “We always told people it would be a slow burn and not to expect too much,” he says. “But our shareholders include some very prominent business people – all part of the beekeeping mafia! The financial return actually isn’t their priority. They like the fact that we are supporting bees.”

Having shareholders has forced him to focus, as it’s led to the creation of a proper board and business plan.

“So we give them a revenue stream that they wouldn’t have otherwise.”

Although Bee Good still harvest some honey, beeswax and propolis from their own bees, they also source from other commercial British bee farmers. “Most farmers don’t normally sell the propolis, or even the wax,” says Cavill, “so we give them a revenue stream that they wouldn’t have otherwise.”

Indeed, Cavill sees his role as growing not just Bee Good but also the British bee sector as a whole. With this in mind he hopes to buy bee farms and to encourage the consolidation of existing enterprises into groups, rather like the French wine cooperatives, which enable members to share equipment and resources at harvest time.

“We need to be part of helping a cottage industry to grow,” he says. “The average bee farmer only makes about three or four tons a year and they can sell all of that – and more if they had it – locally. In fact, in the UK we only produce about ten or fifteen percent of our domestic demand so most honey sold in Britain is imported. This is a market with what I think is unlimited demand and very little supply.”

The business contracts out the manufacturing,  and jointly with the manufacturing partner, they have sponsored a chemistry graduate to do an MSc with a specialism in propolis to extend its use, such as in tinctures, without adding alcohol for example

Cavill is also keen to perpetuate and improve the skills of British bee-keeping by sponsoring apprentices. Bee Good have already trained two and plan to hire more. “This isn’t going to have an immediate or even a direct impact on our sales,” he explains, “but it’s something that a brand with the name Bee Good would be doing.”