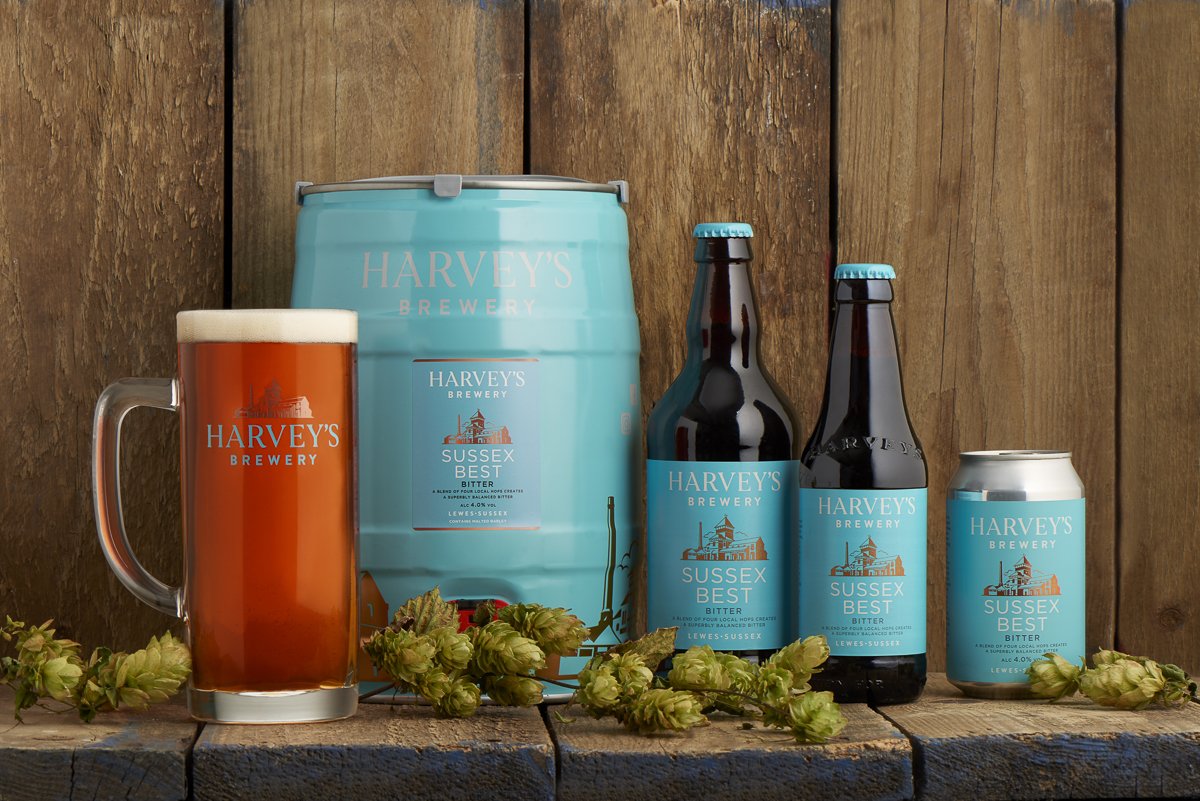 Expressing heritage in a modern way

The distinctive turquoise brought in as part of a rebrand at Harvey’s Brewery might look very contemporary, but it’s actually got history.

The shade is based on a colour painted on the walls at the brewery about fifty years ago. “Everything goes full circle,” says chairman Hamish Elder. “Re-inventing a colour from our past and using it to make our imagery simpler, sharper and more modern, means we are better able to express the heritage and tradition of brewing and the geography of the site.”

“Heritage is a big thing for a brand, and our 200-year history is envied by other businesses, who either go very modern to distinguish themselves or try to copy us.”

He produces from his desk a publicity flyer for a business of similar name in a different sector, which uses the exact same colour. “They’ve nicked the idea,” he says ruefully. “Heritage is a big thing for a brand, and our 200-year history is envied by other businesses, who either go very modern to distinguish themselves or try to copy us. Naming no names, but we have even had our tasting notes plagiarised! But I suppose imitation is the sincerest form of flattery.” 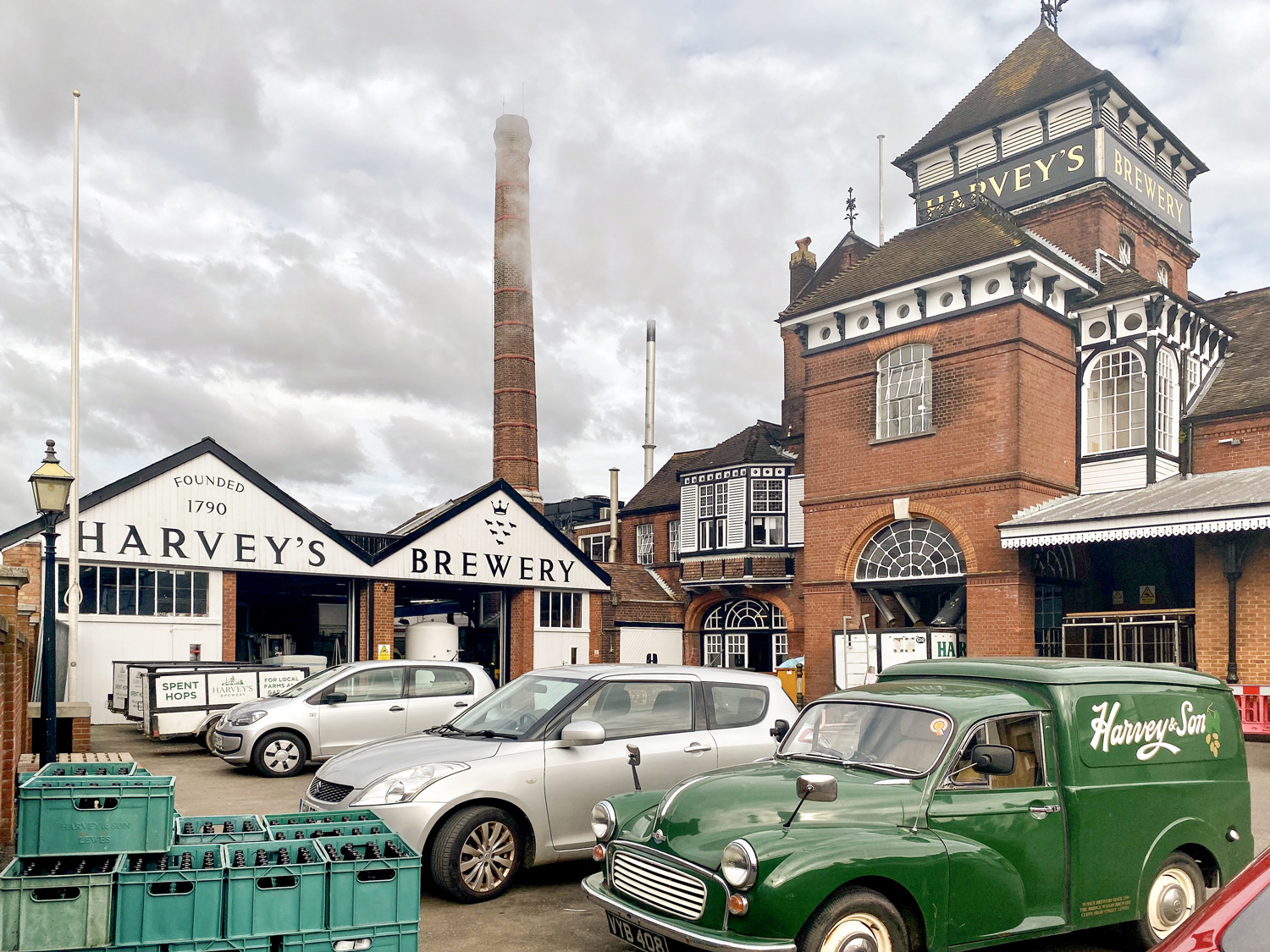 The brand as a whole

However, branding is much more than imagery and the colour of the packaging, he points out. “Brand values are much more important because they are a constant symbol of what the company fundamentally stands for,” he believes.

As for heritage, the brewery has been in the same family – all descended from founder John Harvey – for seven generations, since 1790, and Elder is a seventh generation descendant. “We are well recognised for being a local, heritage brand,” he says, “a geographical marker for Sussex in time and space.”

That lends itself to demonstrating the brand’s environmental credentials, something which Elder says is increasingly important. “We’ve been banging the drum for years, but of course now everyone is doing the same thing so we need to show that not only are our credentials good but that we plan to improve them further.”

“Brand values are much more important because they are a constant symbol of what the company fundamentally stands for.”

Notably, in addition to the forty-six pubs in their estate, Harveys will supply other outlets, but only within a sixty-mile radius. Distributors take it further than that, including overseas, but the brewery’s direct sales are limited to that radius, so minimising food miles. “We are not a multinational organisation, so we decided a local product should deliver an environmental benefit from its actual location,” says Elder. 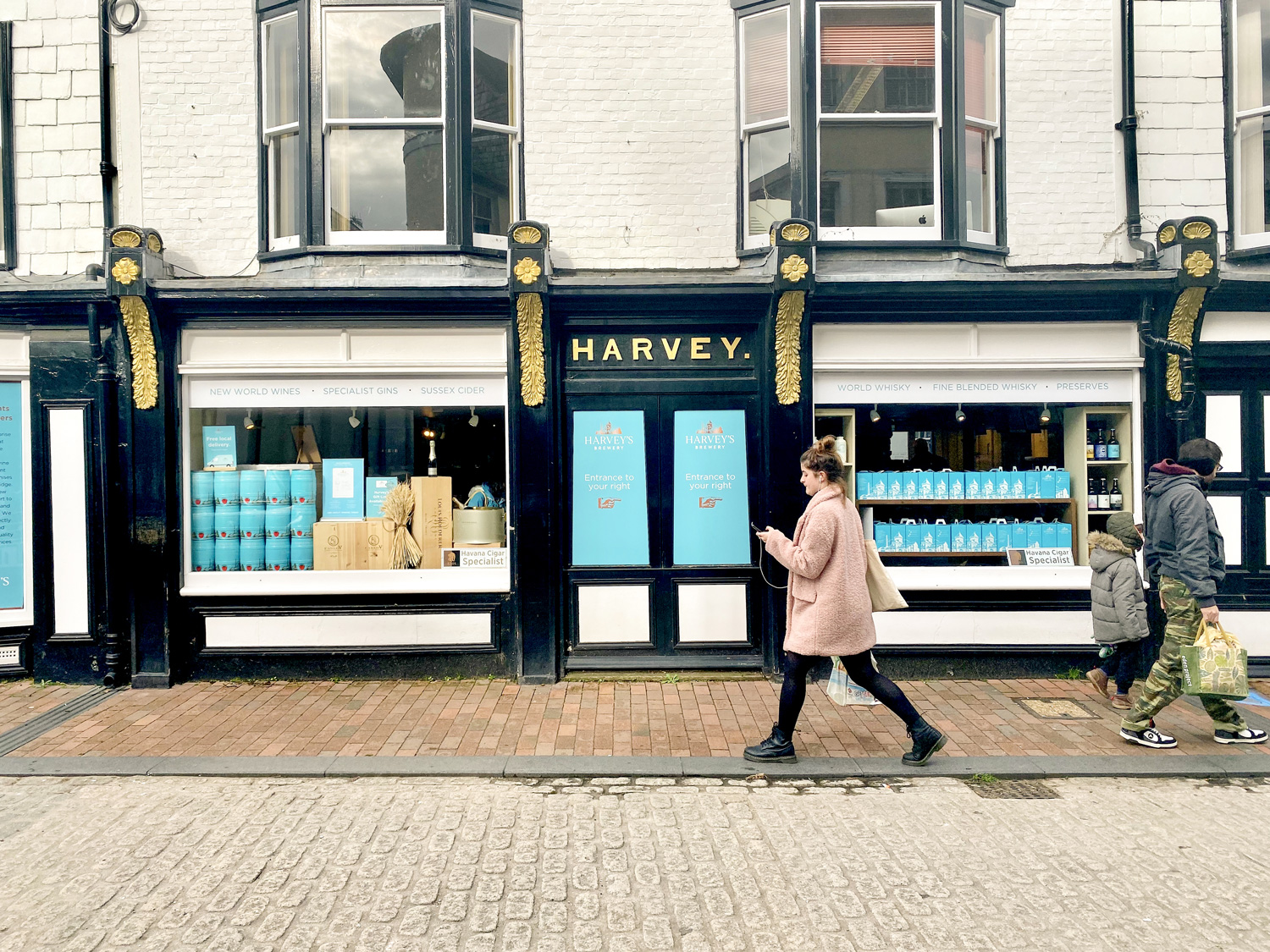 A deposit scheme encourages customers to return bottles – another reason to supply only regionally. As Elder points out: “Deposit schemes only work in a local supply chain. If you send a bottle to John o’ Groats, you won’t get it back, so the scheme becomes a negative. It is critical that our environmental credentials integrate. For example, nothing from us goes to landfill; nothing gets discharged into the river.” And the used grains are sent to be eaten by a dairy herd nearby, which has apparently increased milk yields by 10%.

Additionally, solar panels on the roof of the nearby depot makes it energy self sufficient and the brewery deploys electric-powered forklift trucks. “I would love to think that heavy goods vehicles could become hybrid or electric and maybe we could have wind turbines,” Elder goes on. “There’s also the potential for pub car parks to be used as vehicle recharging stations. If it takes half an hour to charge a car during the day, we have a captive audience to serve coffee to.”

“There’s also the potential for pub car parks to be used as vehicle recharging stations. If it takes half an hour to charge a car during the day, we have a captive audience to serve coffee to.”

All the environmental aspects help to engender trust in the brand, he says. “Because all our ingredients are sourced locally, we synergise well with the younger generation in particular as they want to know the provenance of products. As well as looking for quality, consistency, and back to basics, they want something they can trust. But the key point isn’t that ‘we are green, everything is hunky-dory’, it’s that we are continuing to look for ways to do things better and make things more sustainable. 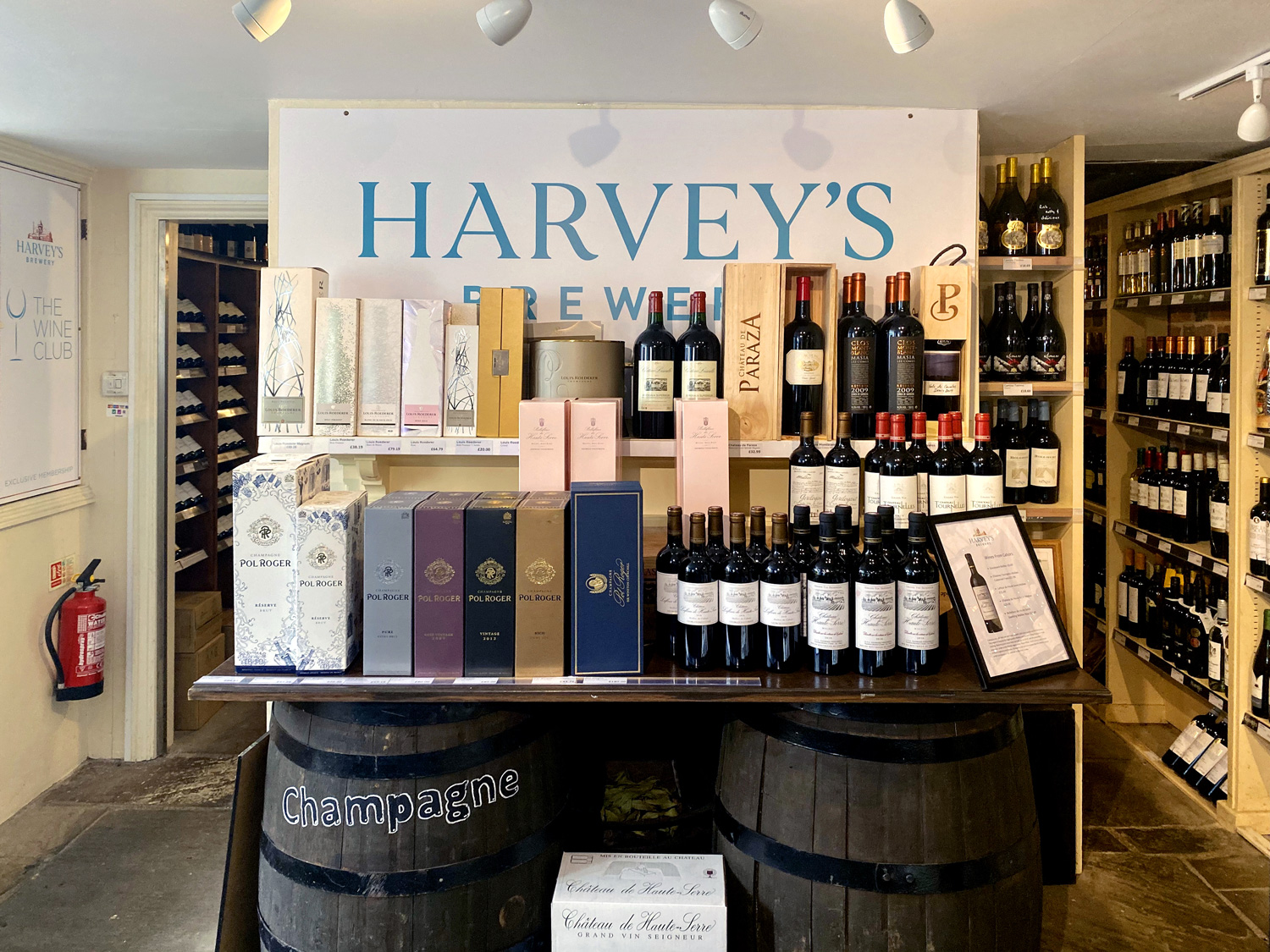 Only as good as our last pint

“I’m touched by how well recognised the brand is, but we don’t take it for granted. We don’t bank on the fact that we have been brewing beer for two centuries. We have to work on the basis that we are only as good as our last pint.”

Such is the attraction of the history that Elder says: “Every time I look out of the window somebody is stopping to take a picture of the building.” And the regular brewery tours – some of which he conducts personally – have a two-year waiting list. Elder believes that face-to-face with history enthusiasts and beer drinkers is important as a channel of communication.

“Every time I look out of the window somebody is stopping to take a picture of the building.”

As, of course, are more modern channels. Harvey’s Brewery use all the main social media networks – and are well aware of the challenges the digital world can present, since of course any controversies can quickly go viral, threatening a business’s reputation and what its brand stands for. Elder recalls an incident that happened one Christmas. “One of the pub managers decided, in his infinite wisdom, to put up a sign during the Boxing Day hunt saying ‘no vegans or hunt saboteurs’. It whipped up a media storm. The pub involved closed down its Facebook page but customers wanted to vent, so they came straight to us. We had emails from as far away as Winnipeg.”

The brewery’s marketing team made a point of responding to every single email and social media post, explaining that the pub notice had been the work of one individual and did not reflect the company’s views. “It’s up to the pubs how they run their businesses, but there are certain standards and this showed how things can go around the world instantly if they aren’t followed,” explains Elder. “Other companies might have taken out big advertisements or put something on the television but we decided to do it person-to-person, and devoted our time over the holiday period to it. It took three people four days.”

That prompt action saved the day. “In fact, it turned out to be quite positive, as it gave us a chance to explain our own point of view, and we had replies from vegans in particular saying they knew Harveys wasn’t really like that,” Elder recalls.