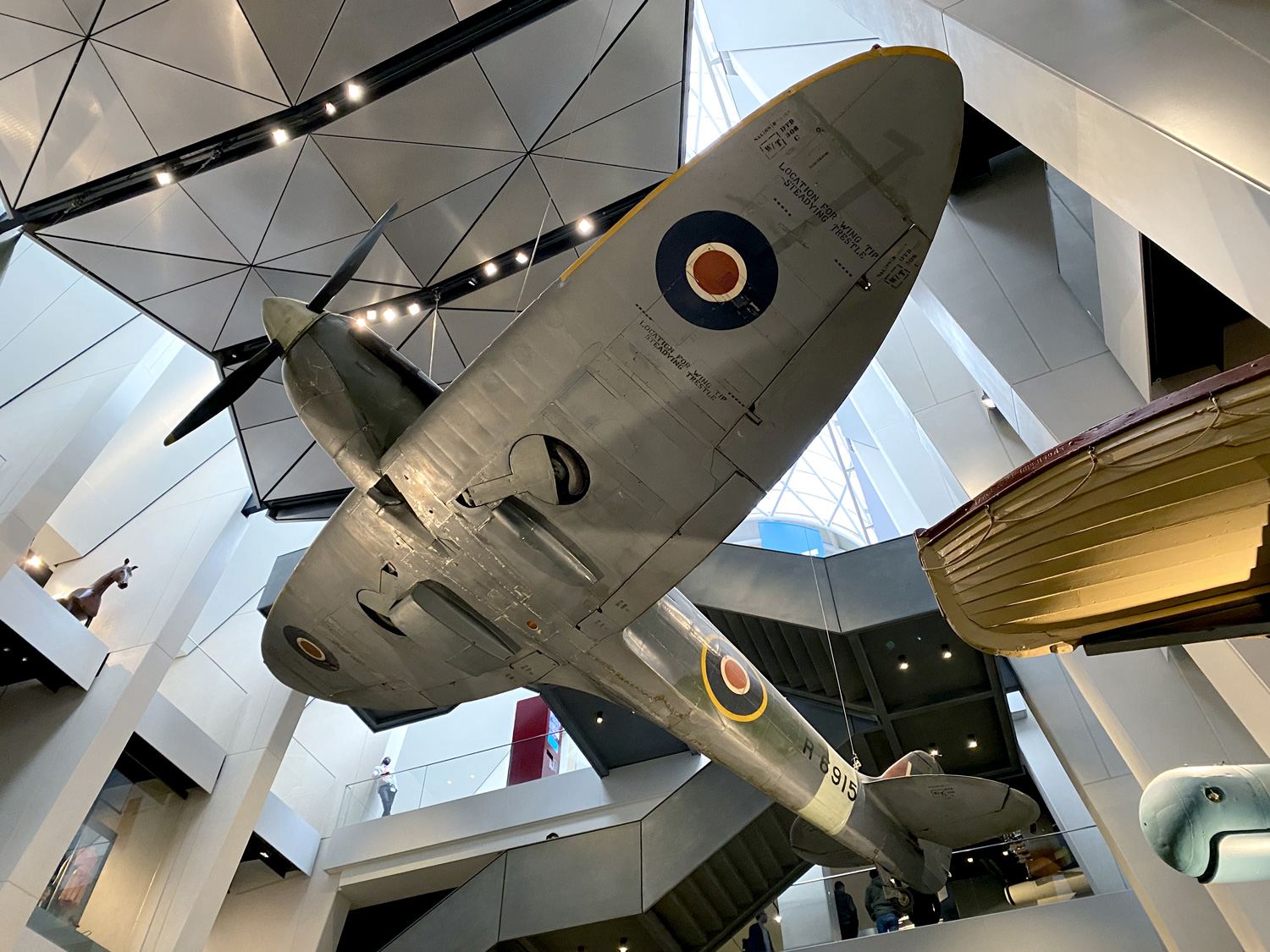 If there’s one message that branding for Imperial War Museums has to get across it’s that we’re not talking about a military museum.

“We are a DCM [the government’s department for digital, culture, media and sport] funded museum, a politically neutral educational institution,” explains Steven Gambardella, head of brand and marketing. “The history of war and conflict can be conveyed in an informative way which encourages a sense of global citizenship. An impartial approach helps visitors to feel their sense of place as global citizens. We enable them to draw parallels between current affairs and history by presenting contemporary conflict as interrelated to historical events.”

“We enable them to draw parallels between current affairs and history by presenting contemporary conflict as interrelated to historical events.”

A five-year audience development strategy, running since 2017, has enabled the museum to identify its two core audiences: “These are the history lovers and they can be broken into two categories: what we call the ‘Time Teamers’ – those who are already museum goers, and the ‘Gardeners World’ segment – those who enjoy visiting heritage sites,” Gambardella explains. “There are also a number of development audiences which are the target of our campaigns, one of which we call the middle youth segment. They are very active on social media, but according to our research, have a broad lack of understanding about significant events and turning points in the twentieth century. 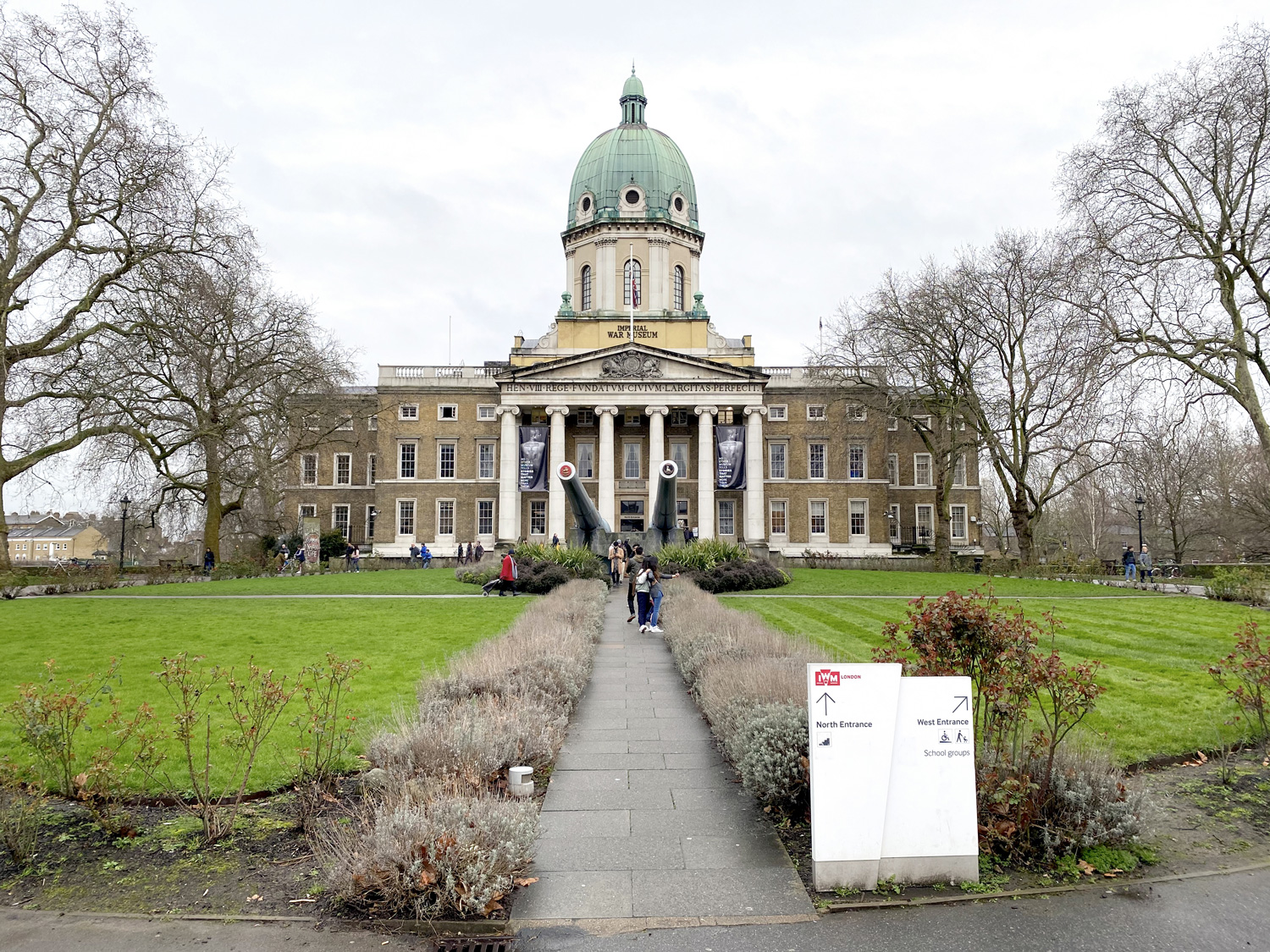 “But the new generation can become advocates for the museum through sharing posts on social media. A pre-mediated, ‘edgy’ approach has helped us to stimulate demand among this particular audience segment.”

To effectively mark the thirtieth anniversary of the fall of the Berlin Wall, audience indexing was deployed which showed how these groups consumed media such as Vice magazine which gave a lot of coverage to street artists. So Imperial War Museums commissioned a piece from British street artist Stik, and Thierry Noir (a French counterpart and one of the first to paint on the Berlin Wall) which was featured outside the museum in London (IWM also have a location in Manchester, plus the Churchill War Rooms, HMS Belfast, and IWM Duxford – Europe’s largest aircraft museum. A poster signing was also held at the museum, and the target groups were drawn to the museum through media coverage of the initiatives, which included a segment on Channel 4 News where Stik was interviewed by presenter Jon Snow.

“But the new generation can become advocates for the museum through sharing posts on social media. A pre-mediated, ‘edgy’ approach has helped us to stimulate demand among this particular audience segment.”

The branding framework deployed by IWM is basically a ‘CARE’ structure, says Gambardella, which stands for the museums four values: courage, authority, relevance and empathy. “It is important to paint a holistic picture of conflict, where we concern ourselves with the civilian effects of war.”

“The marketing objective is to get our target audiences into the ‘sales’ funnel and onto a trajectory of understanding,” he explains, sketching a graph: “If you have time/engagement on the x axis and understanding on the y, the aim is to capture their attention and get them to the point where they will want to visit an exhibition. From there, the time they spend engaging with a subject and their subsequent understanding can increase significantly. The function of branding and marketing is helping them to reach that point.” 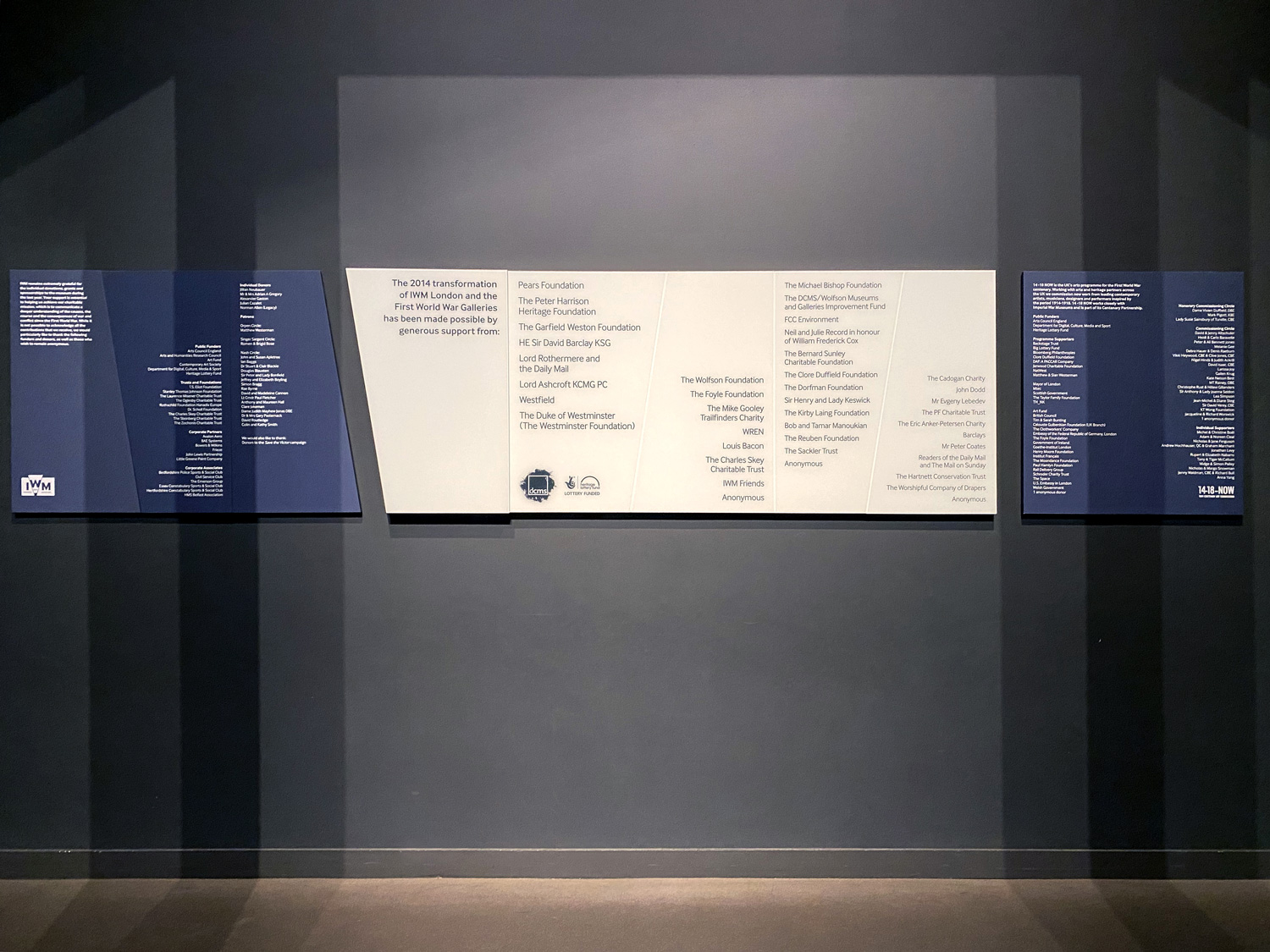 The challenge is that museums are often perceived as traditionalist and conservative, and with the Imperial War Museum, established and named in 1917, the new generation may be put off by the name and those from minority backgrounds may feel reticent about the connotations of empire. The task, says Gambardella, is therefore to continually associate the museum with impartiality.

Timing is on the side of the IWM in this respect. As he explains. “Healthy scepticism around the mainstream media has for some people transformed into fundamental doubt; trust has become a prize that all organisations are vying for. So our exploration of the on-going Syrian conflict included a campaign in 2016 which was tied to the furore around disinformation.

“Despite all the headlines, when we conducted research on the streets, asking the middle youth – ‘what do you know about Syria?’ – they felt they weren’t getting sufficient information because of the rising circulation of fake news.”

“Despite all the headlines, when we conducted research on the streets, asking the middle youth – ‘what do you know about Syria?’ – they felt they weren’t getting sufficient information because of the rising circulation of fake news.

“By associating our brand with impartiality, visitors are driven to these contemporary conflict exhibitions, which stimulates demand for the museums per se. So it’s about using branding and marketing to facilitate the dissemination of information that empowers our audiences, allowing them to know more about the world they live in.”

But how does the Imperial War Museum project its brand of ‘relevance’ with a conflict many miles from these shores? “A good case study is the Yemen: Inside A Conflict exhibition at our museum in Manchester,” suggests Gambardella. “There are challenges in trying to draw visitors to an event which is ultimately about a depressing state of affairs. We didn’t want to run an advertising campaign that simply signposted the exhibition.”

Instead, IWM took one key aspect of the conflict. Malnutrition. “The aim is to reflect the cost of warfare. Many people don’t realise that during conflict, inflation can be rampant and ordinary people cannot afford to buy food,” Gambardella points out. “So we parodied the supermarket advertising model, where instead of a basket full of staple foods promoted at low prices, we replaced them with the prices at Yemeni levels of inflation.”

“It’s about reflecting the cost of conflict through relatable means, presenting issues in a way that is engaging and appeals to people’s intellect.”

The aim of ‘advertising’ the price of a carton of eggs to be upwards of £20 was making people do a double take when they saw the posters, Gambardella says. “It’s about reflecting the cost of conflict through relatable means, presenting issues in a way that is engaging and appeals to people’s intellect.”

A vending machine at a train station served a similar purpose. “Network Rail approached us about an opportunity to run a campaign at Manchester Piccadilly,” Garbardella explains. It was branded the ‘The Price of War’ and the vending machine was painted in vibrant colours recognisable in the textiles and art produced in Yemen, then filled with everyday items marked up to the rate of inflation in that country to stimulate interest and prompt a reaction when people saw the prices.”

Campaigns such as these enable IWM to achieve their objective, “Communicating the cause, course and consequence of conflict – our public mission is unchanging – it’s in our DNA,” states Gambardella, “so as an organisation the brand values are resolute and tied into our mission. I would say our role is to simplify without being simplistic.”