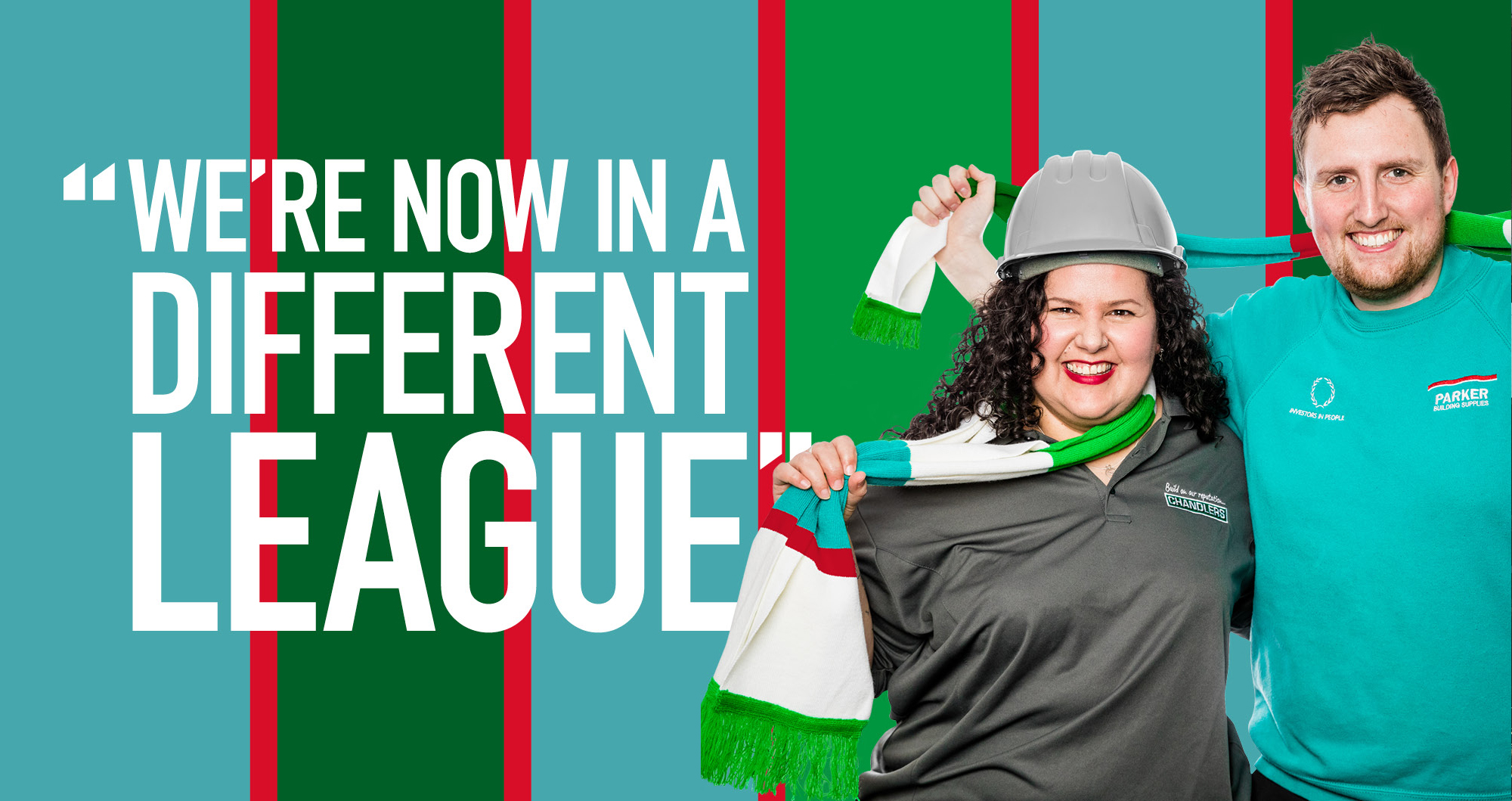 “This was always going to be a tricky brief as we were bringing three brands under one roof. We had no set look and feel and wanted all the brands to have equal emphasis. The team came up with a number of concepts, any of which would have worked but we felt the football concept was right for us. The photography shoot was great fun and they managed to put everyone at ease. We are delighted with the final creative, which has been rolled out on and offline. The designs have been very well received so far.” #Troopwork 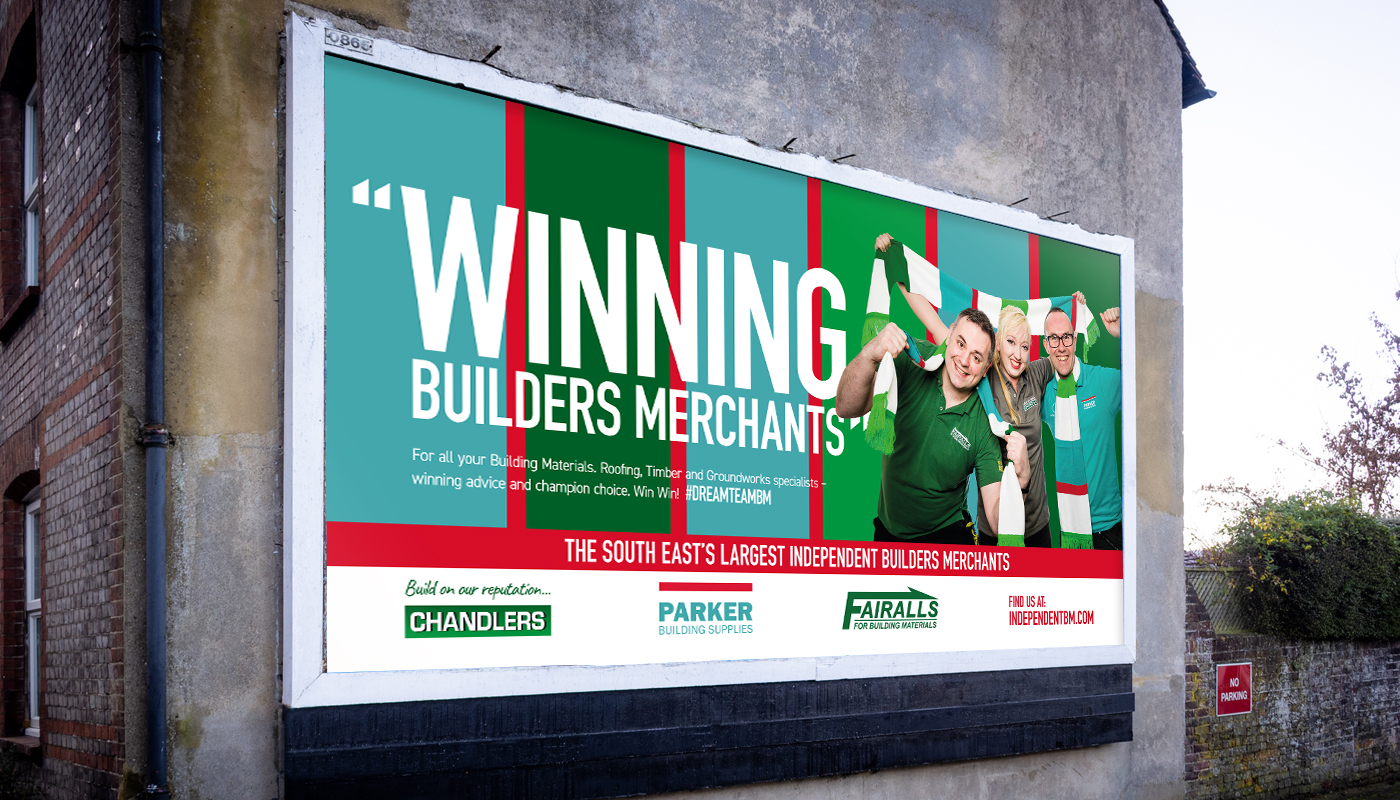 Chandlers have recently merged with Parkers Building Supplies and sister companies Stamco and Fairalls. The new enlarged company has 37 branches operating from the Midlands to the South East, with over 750 employees. They are very similar businesses, with the same commitment, values and approach to working with their customers; so the management is confident that both staff and customers will benefit from this relationship.

Following the business merger, the business asked us to come up with a creative campaign to communicate to customers that it was business as usual and to get across the family feel of this independent business. 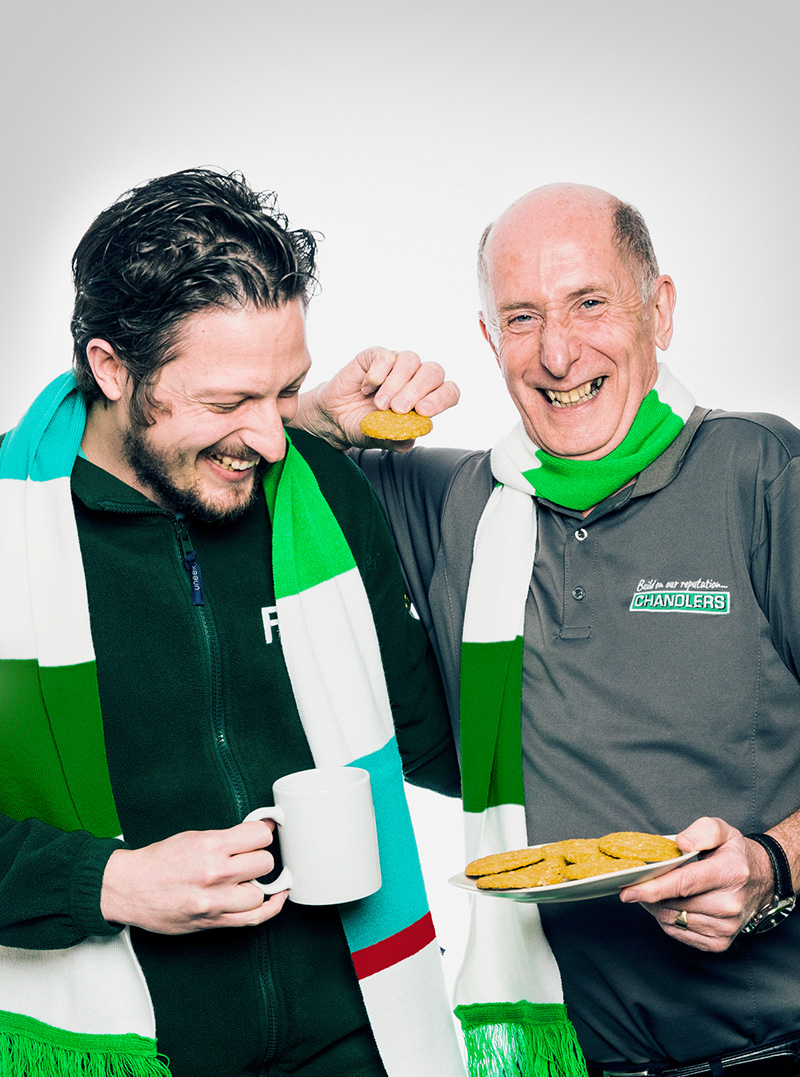 We knew that their people was key to the company’s success and so we suggested we communicate their strong team and combined knowledge. We decided on a football theme which resonates with a largely male audience and gets across that team spirit. We came up with the line “We’re in a different league” as a theme for the campaign to make them stand apart from their competitors. We ran a fun photoshoot using actual employees from all the businesses and we included building and football props, we even created a football strip using the colours from each business. This was used in photography and as a standalone graphic device on and offline. The concept was then rolled out across a large range of items including ad vans, billboards, posters, flyers, coffee cups and a fun, in-store cut out promotion.

We also created web banners and social media templates as well as some videos, topped and tailed with graphics and sound; the sound was also used for their radio ad. 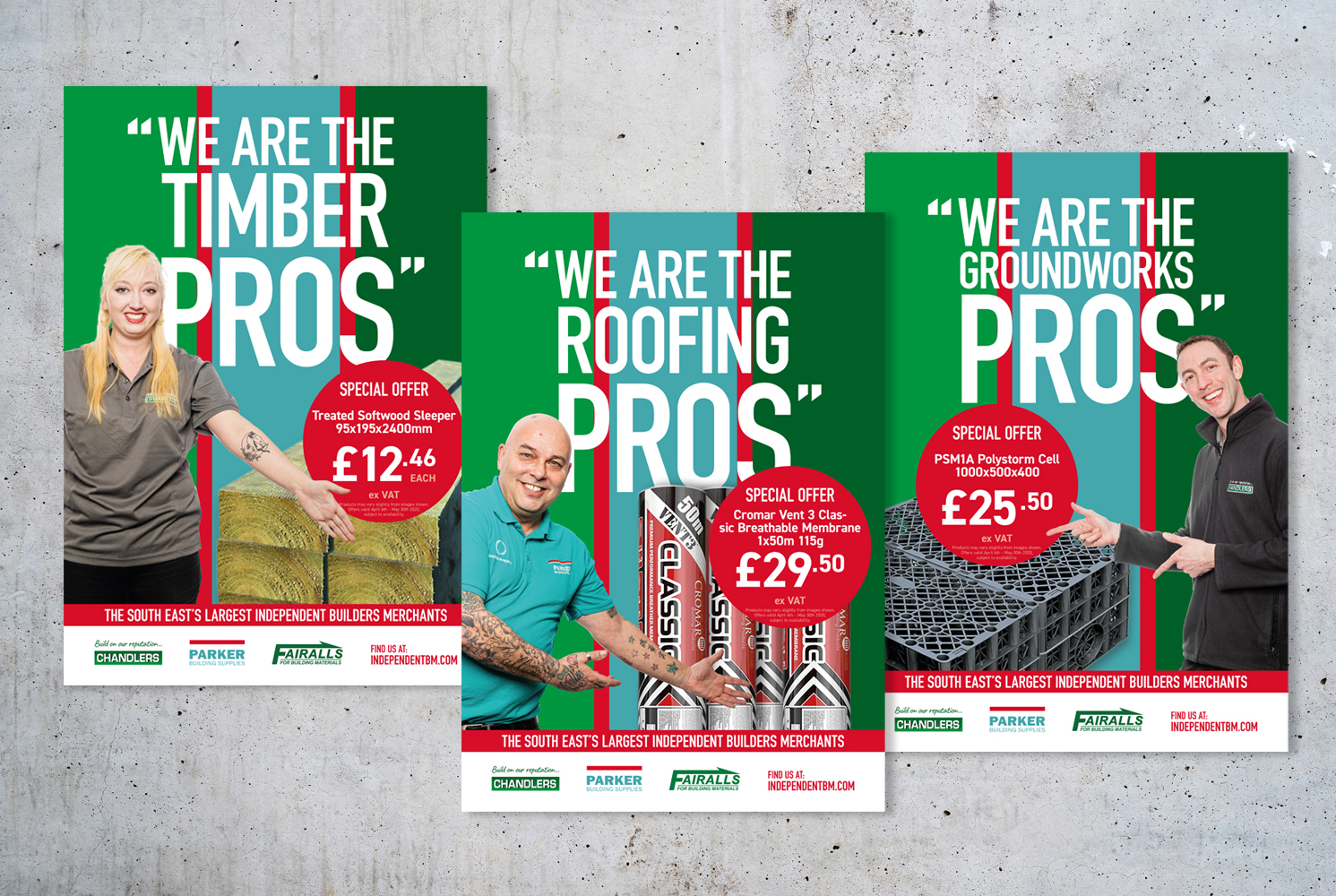 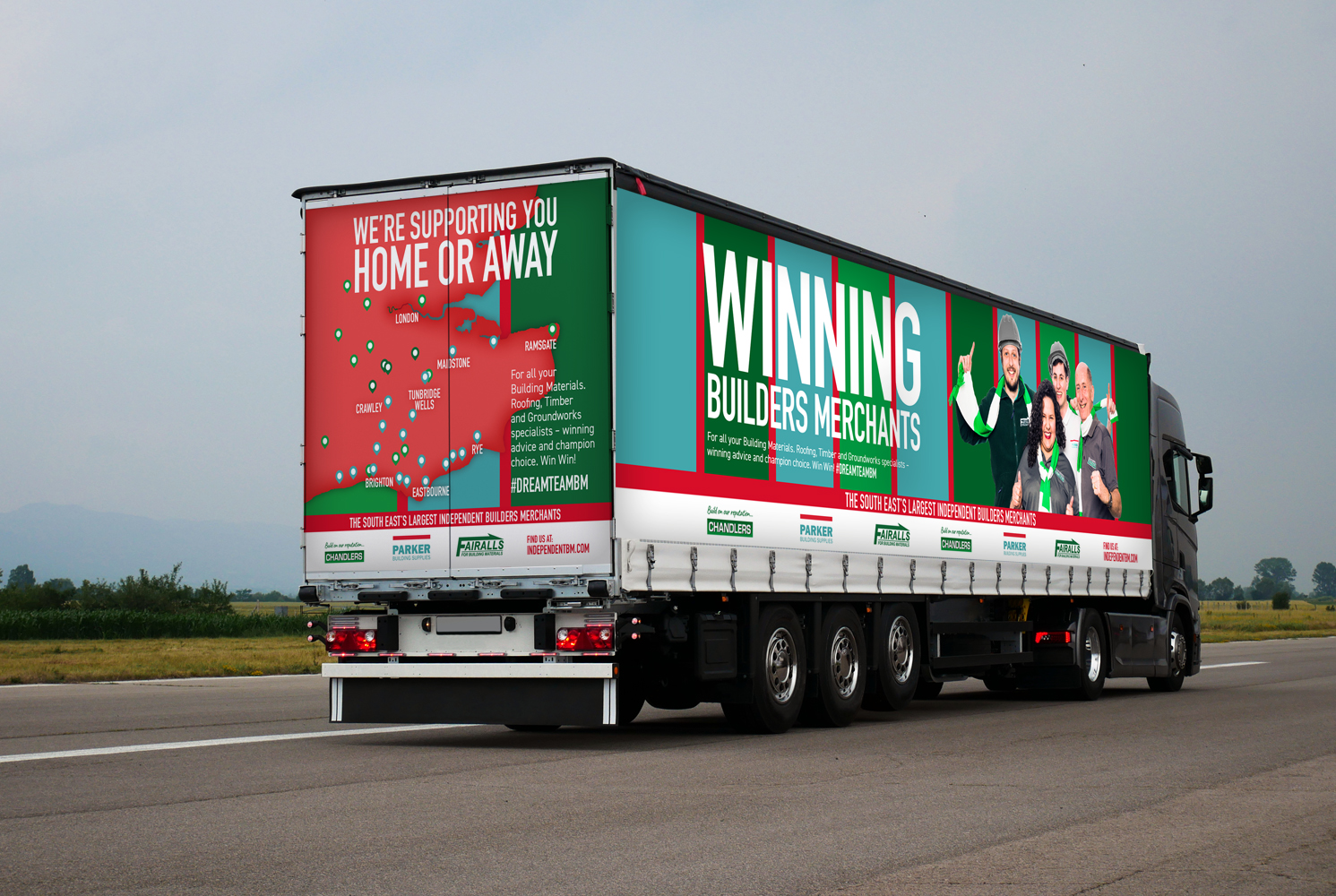 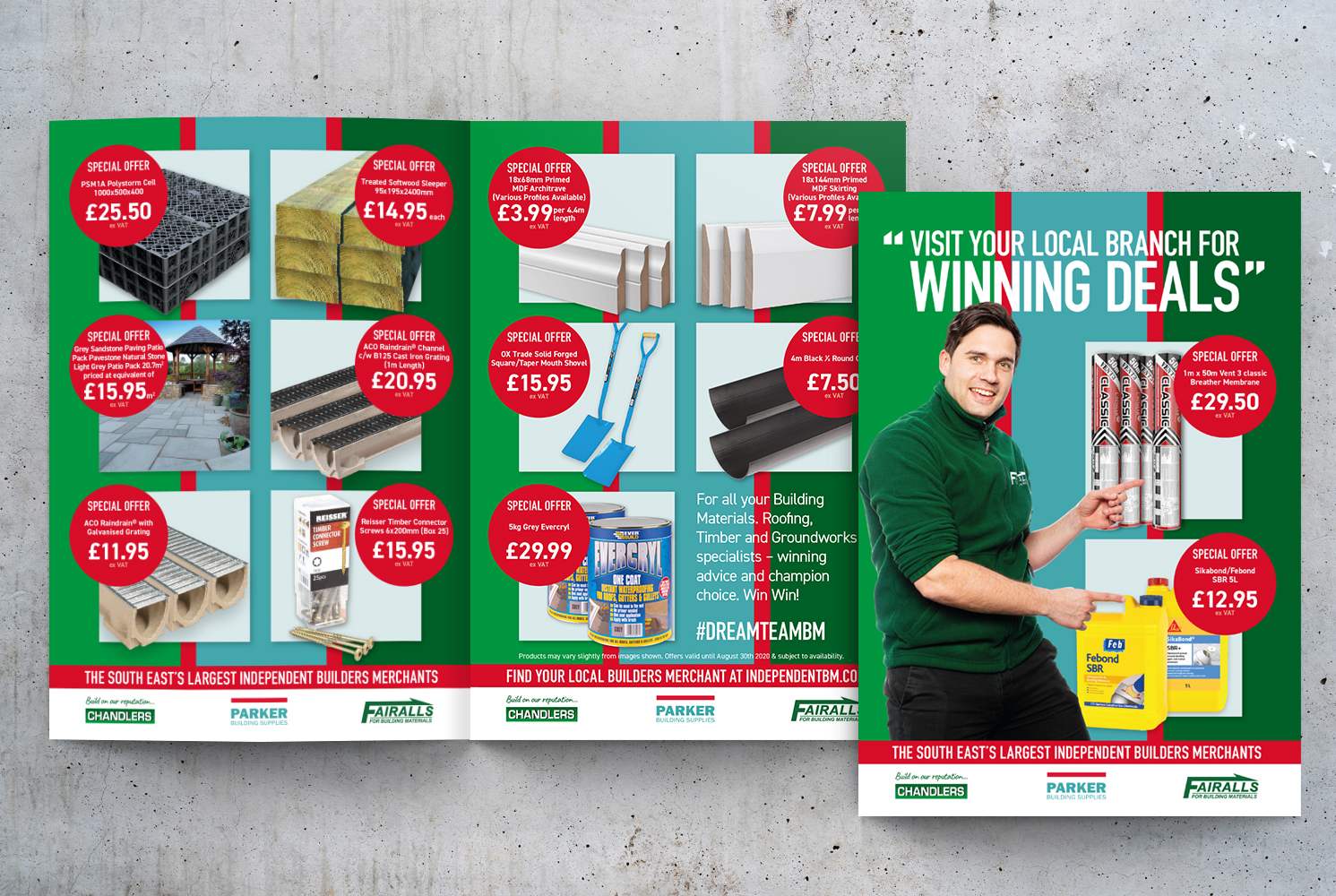 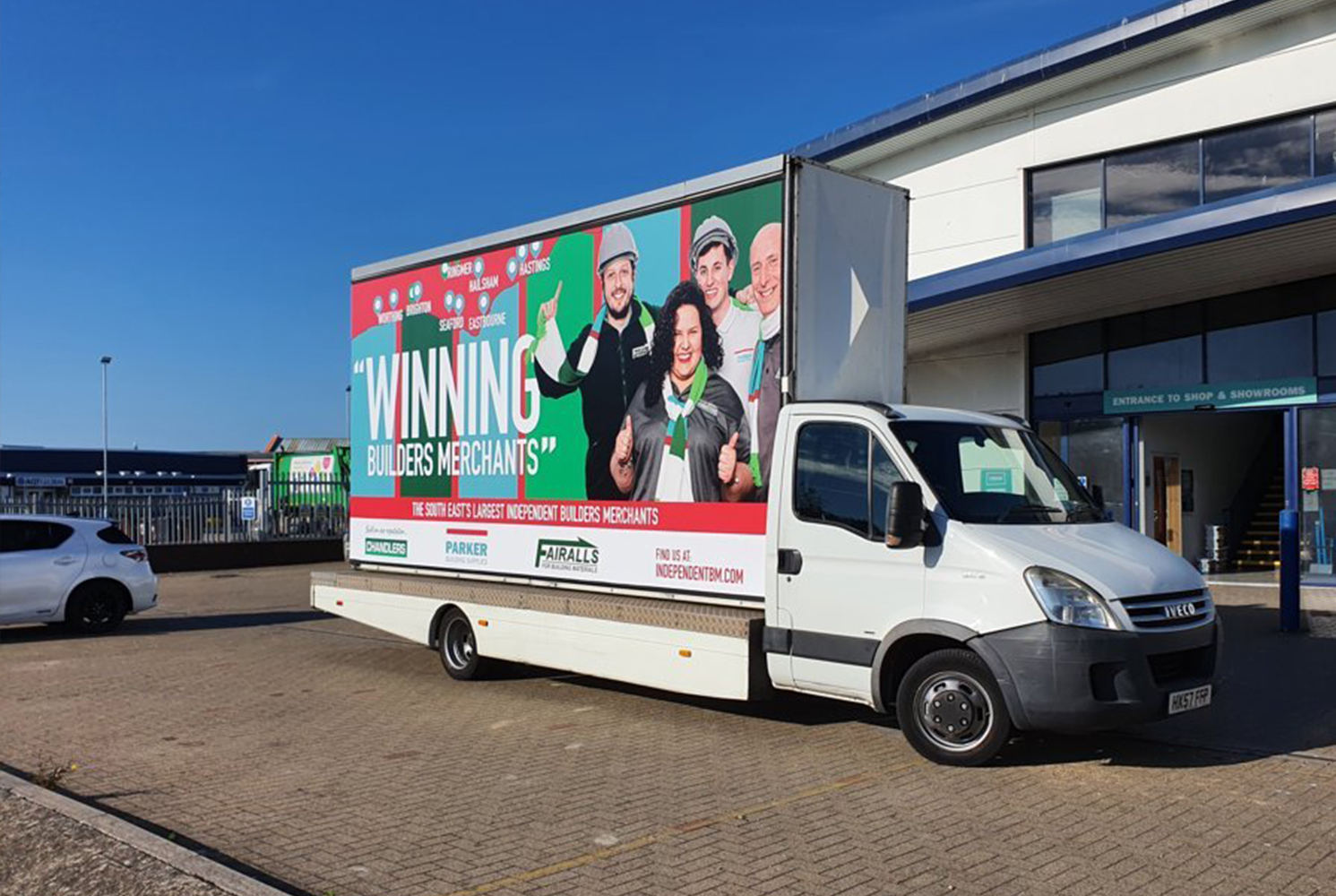 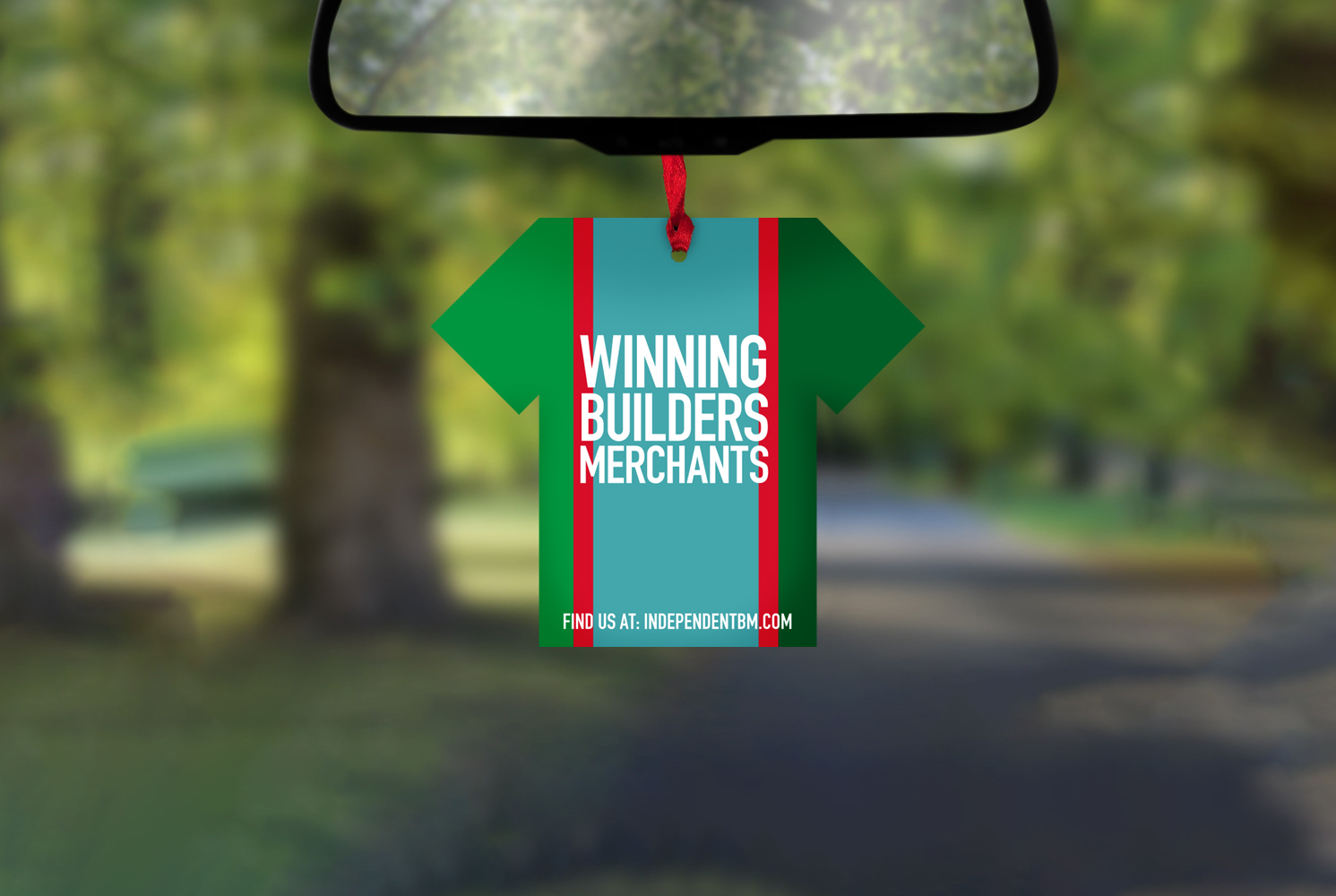 The creative campaign really captured the spirit of the newly formed group which is all about celebrating their people and keeping the independent feel. The campaign has been well received by staff and customers alike.

Building a leading trade brand from the foundations up