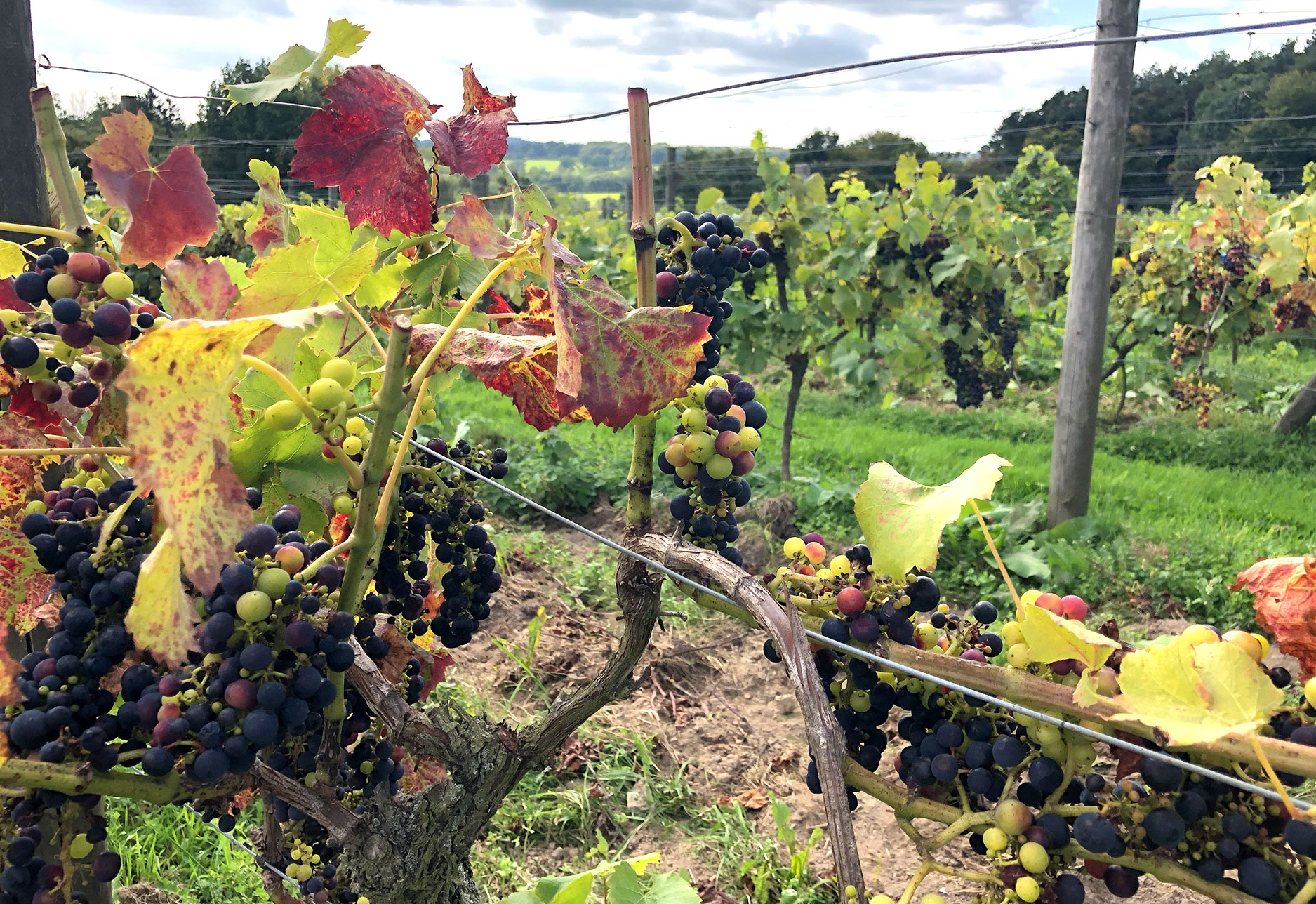 Are customers re-defining the brand? Gazing out over Sedlescombe Organic Vineyard, director Sophie Balmer says for her it’s almost the other way round: first, the brand needs to accurately define the target customer and avoid assumptions. And then have the right resource in place to deliver.

Her family took over the wine estate in 2018, and she has been analysing basket spends, social media likes and other customer data to better understand the customer demographic.

That analysis found that the typical customer was often someone of mature years who had been given a voucher for a ‘tour and tasting’ as a present. The issue here is that there’s no incentive for them to come back, and Balmer wants to encourage return visits to help claw back some of the investment being made in the new retail and restaurant facilities. 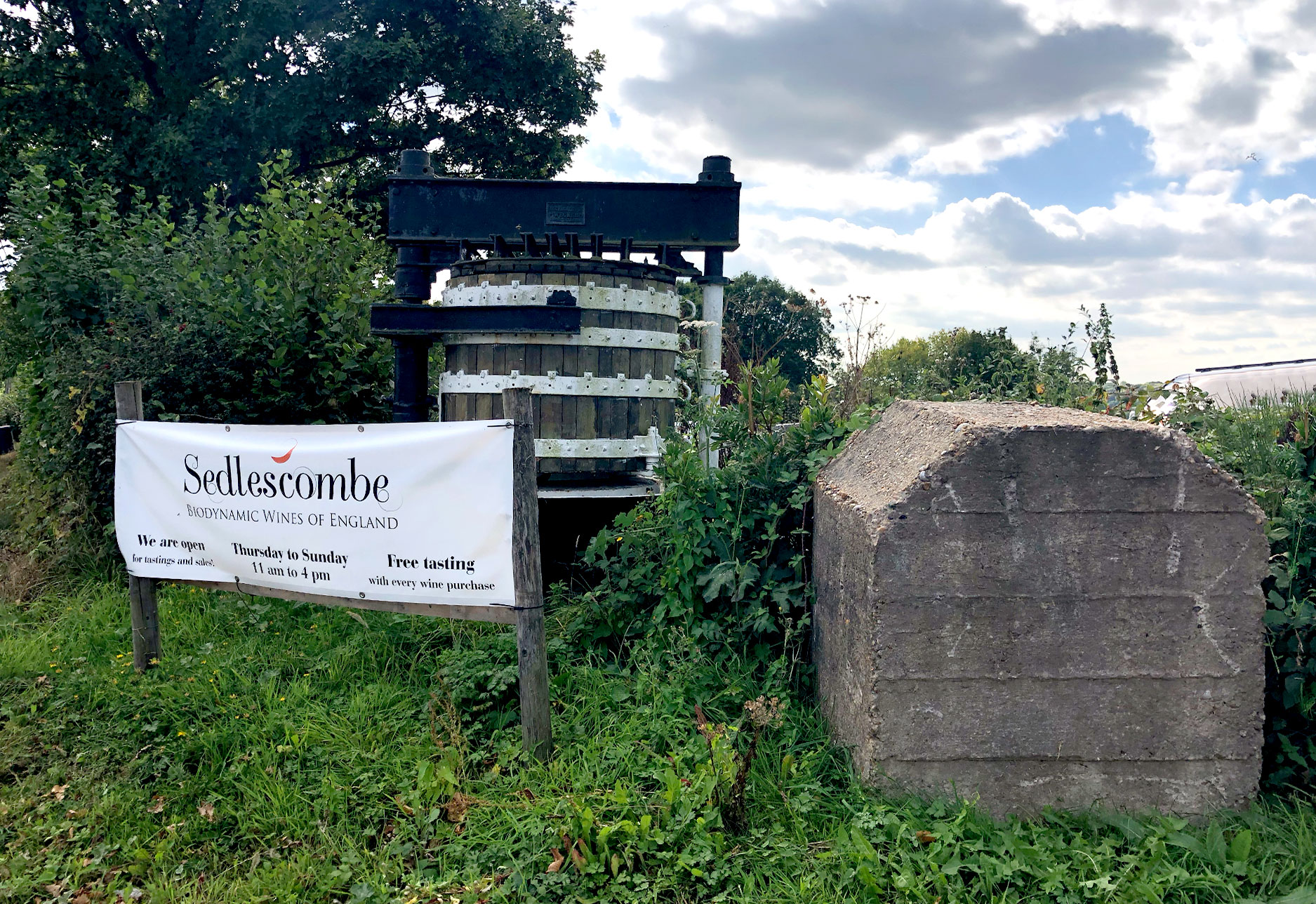 Balmer also plans to do more to attract younger visitor, including promoting Sedlescombe as a venue for birthday and other parties. “Millennials won’t necessarily want to join a guided tour, although this is changing, but they are happy to come with a group of friends and sit out on the terrace drinking lots of wine,” she says.

“Young people are interested in the provenance of what they eat, but with wine, appearances and what a brand stands for are just as important, often more so than flavour alone.”

The marketing message to them has to be different from the “traditional” customer who is attracted by the vineyard’s status as England’s oldest organic wine estate, and one of only a handful of commercial biodynamic vineyards. “Young people are interested in the provenance of what they eat, but with wine, appearances and what a brand stands for are just as important, often more so than flavour alone,” muses Balmer.

Hence the mission-critical importance of the visual presentation of the brand. “An old-fashioned wine label isn’t going to appeal to a young audience; it has to emphasis our environmental credentials,” she explains. 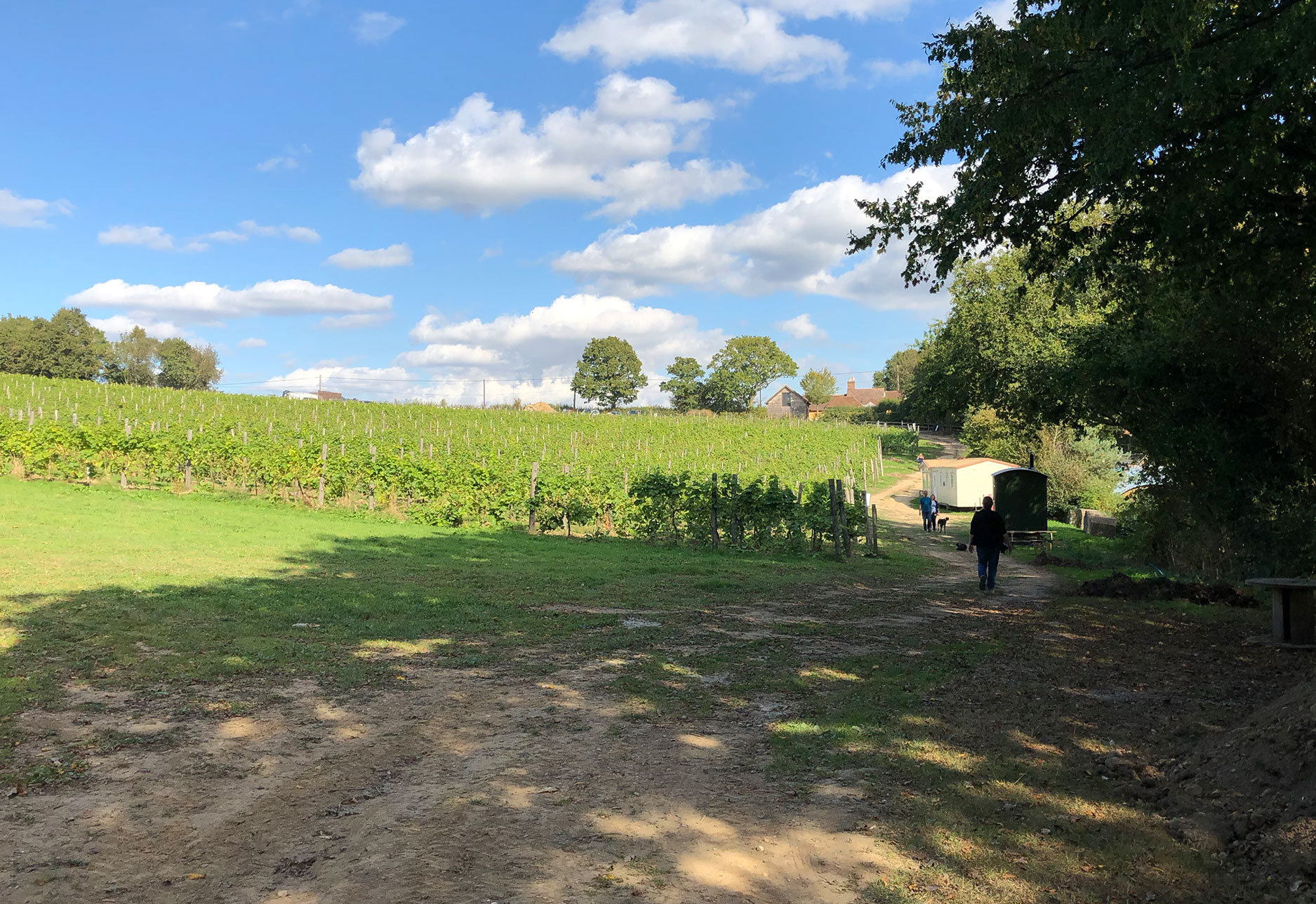 Since the acquisition of  the forty-year-old business from its founder and organic wine pioneer Roy Cook, a “significant” six-figure has been invested in the estate, including a new tasting room, bar, and shop. First off though, most of the vines needed replacing. “They only last about thirty years, longer if they are organic, as they have not been pumped with chemicals,” explained Balmer. “At Hampton Court they have a vine that’s a hundred years old but you wouldn’t get much wine out of it.”

But does the consumer actually understand what underpins the Sedlescomb brand? “Biodynamic vineyards are quite normal in France; they don’t even need to talk about it,” says Balmer. “The trouble is in England, most people don’t know what biodynamic means and some don’t trust it. They think it’s witchcraft, or something to do with genetically modified crops or cloning.”

“Biodynamic is how agriculture used to be, with farmers thinking about the equinox and the spiritual calendar.”

“Biodynamic is how agriculture used to be, with farmers thinking about the equinox and the spiritual calendar,” Balmer explains. “Not only do biodynamic farmers avoid pesticides and chemicals, they also work in conjunction with nature’s rhythm, in a way that creates healthier plants and replenishes the soil. The vines are pruned only when the moon is waning for example, because at that time the nutrients are contained in the roots rather than in the branches being removed.

“And manure from organically reared local cows is put to good use adding nutrients to the soil, which is later dug up, diluted with water and used as a fertiliser in the spring – one bucketload of manure is enough to fertilise the entire vineyard.”

Too much detail though can be counter productive. “Some people are shocked to hear that the vines are sprayed with cow manure,” adds Balmer – presumably those who don’t realise that conventional farmers spray theirs with toxic pesticides. 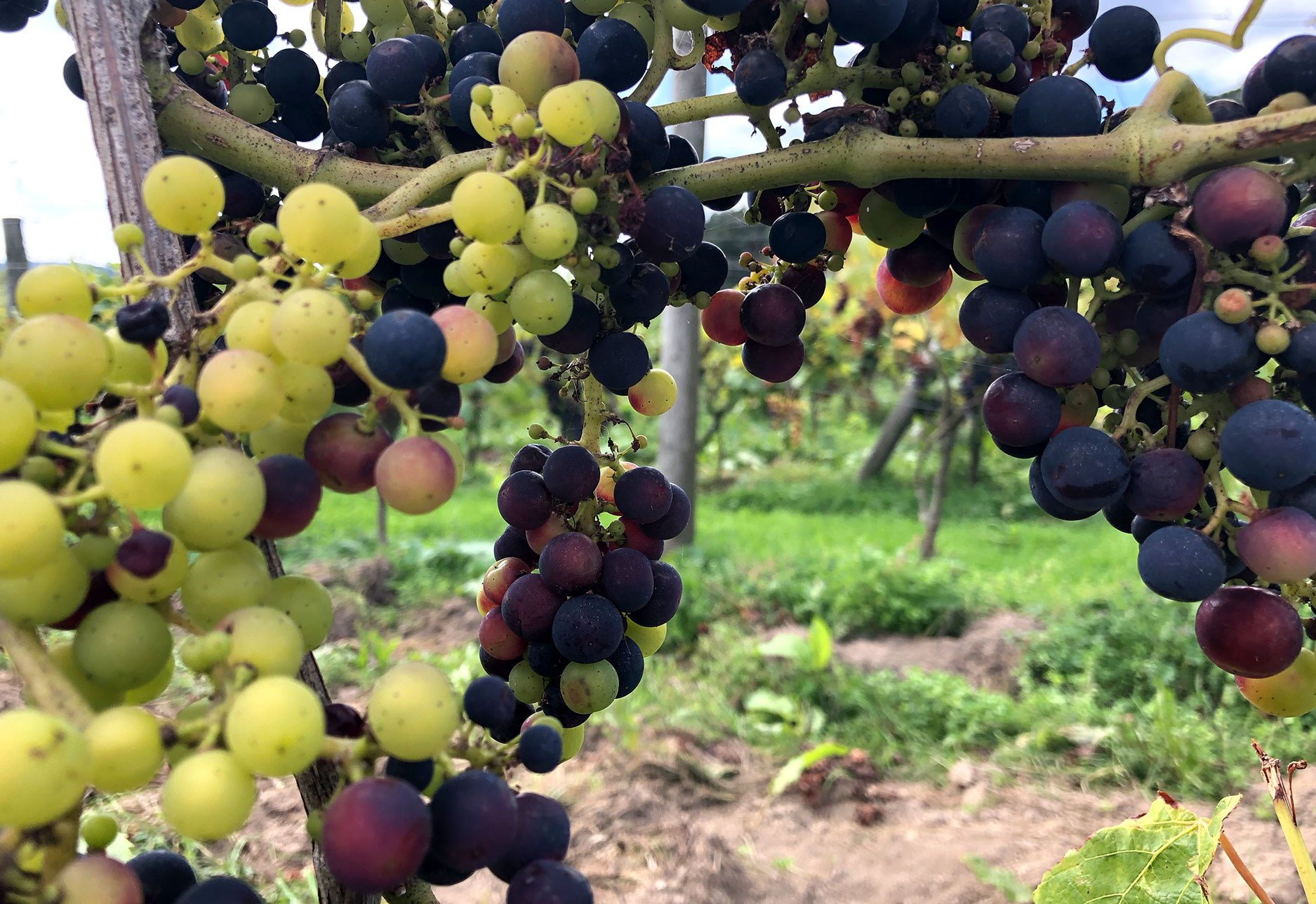 Not surprisingly, sustainability is another Sedlescombe brand value. Grey-water harvesting, reclaimed wood used in construction, and compostable toilets are among the ways the vineyard tries to minimise its environmental impact. “I can’t wait until they bring out a battery-powered tractor,” says Balmer.

“I can’t wait until they bring out a battery-powered tractor.”

“I can’t see our values changing, and the need for sustainability will make our brand even more relevant as increasingly people want to eat and drink in a more environmentally friendly way. They will be looking at brands which enable them to do so.”

Theirs is a growing market for various reasons: more people appreciate good wine; there’s a growing appreciation of English wine in particular; and there’s an increasing interest in organic produce. That means, of course, there is a growing number of competitors also aspiring to this expanding market by increasing their output and their marketing spend – hence the need to review the brand identity to make Sedlescombe distinctive.

But there’s no rush: because so many new vines have been planted recently, it will take at least three years to reach a target of increasing output by 500% from 20,000-30,000 bottles a year – make that at least seven years for sparkling wine, because it has to ferment for longer after being bottled. “We are not dragging our heels although we need to be patient,” says Balmer. “It has become more of a challenge to do marketing well. Having been on a social media course and being told we have to post so many times a day, I wonder how are we supposed to find the time to get the grapes off the vines? We need to pace ourselves. It’s about gradually building up brand awareness until we have enough wine to sell. In the meantime I want us to become better known as a visitor attraction.”

Adding value to the estate

Which is why the latest investment delivers a nature trail and a new shepherd’s hut – in which visitors can stay overnight on a B&B basis. The estate plans to run wine courses, in conjunction with a local college, and Balmer, a former primary school teacher, hopes to host school visits so children can learn about organic agriculture.

Balmer wants the new shop to focus on selling the items that are served for lunch, and hopes to have chickens and beehives to produce their own eggs and honey. “I don’t want Sedlescombe to become yet another corporate vineyard brand,” she explains. “I don’t want ten different chutneys; I want a limited range that’s there for a reason, because it’s the same items that we actually use in our cooking. You can even buy one of the recycled carafes that we serve water in.”

“I don’t want Sedlescombe to become yet another corporate vineyard brand.”

The focus will be on locally-produced food, and here, in a departure from “absolutely everything Sedlescombe produce as a vineyard,” Balmer is prepared to be “flexible” as she puts it on the organic focus, which could require some careful brand messaging it it isn’t to conflict with the ethos of the core product – the wine. “I started with the attitude that all the food must be organic but our holistic approach to the environment means that our desire to be organic needs to be tempered by other considerations such as distance from farm to fork,” she asserts. “It’s important that everything is local and artisan and produced sustainably.”

One last question as Balmer cracks open a bottle of Sedlescombe Chardonnay: is it true that biodynamic wine – without the sulfites which are added as an artificial preservative and to ensure stability – gives you less of a hangover? “There is only the presence of a smaller amount of naturally occurring sulfites in our wine, and you don’t get the after-taste of additives,” she says diplomatically.